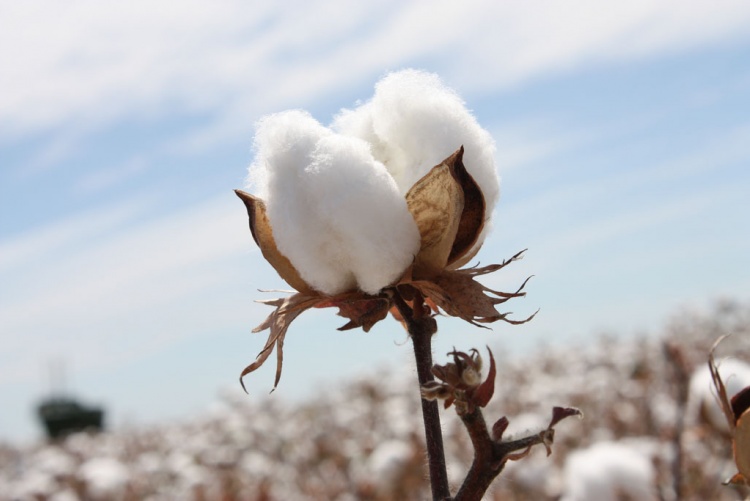 Cotton has long been used by populations in the northern part of Côte d’Ivoire for their craft. Its production, on an industrial scale, was undertaken around 1900 by French spinners who operated from Bouaké, in the center of Côte d’Ivoire.

In 1962, with the support of the French Company for the Development of Textile Fibers (CFDT/Compagnie Française pour le Développement des Fibres Textiles), the Government of Côte d'Ivoire decided to develop the cultivation of cotton in the northern and central regions, with the aim of diversifying export products and reducing income disparities between the southern forest areas and the northern or eastern savannah regions.

In 1974, CIDT (Compagnie Ivoirienne pour le Développement des Textiles) was created as a State-owned monopoly. In 1988, the sector was partially privatized and finally liberalized in 1998, to allow the participation of private corporations.

Following the adverse effects of the 2002 political and military crisis on the northern regions, the Government undertook a 21 billion CFA Franc recovery plan in 2008, with the help of financial partners. September 2013 saw the adoption of a major structural reform program that establishes, since December 2016, an agro-industrial zoning policy (allocation of specific zones to different companies).

Furthermore, the Conseil du Coton et de l’Anacarde (Cotton and Cashew Board) acts as the agency responsible for the regulation, monitoring and development of the cotton sector.

Importance of cotton in the economy:

Cotton contributes to the agro-industrial and social development of the central and northern areas of the country. It is the livelihoods of 3.5 million inhabitants (directly and indirectly).

Cotton is now the fourth agricultural export product after cocoa, natural rubber and cashew nuts. It generates 7% of export revenues and represents 1.7% of Gross Domestic Production with a turnover of 100 billion CFA Francs.

Côte d’Ivoire is thus the third biggest African producer of cotton, after Burkina Faso and Mali. Globally, Côte d’Ivoire is between the 12th and 14th largest cotton producing country.

Three modes of culture are used in the production of cotton: manual cultivation, animal-drawn farming, and motorized production. Cotton is often grown in rotation with maize, rice and groundnuts.

Cotton production is essentially the work of small-scale farmers on modest family farms of between 1 to 7ha (the average size being 3ha). However, some growers own bigger farms of 20 to 30ha. 96,106 smallholders were registered as cotton farmers in 2016/17.

The latter are organized in cooperative groups which are responsible for producing, collecting and marketing cottonseed. Cooperatives also manage credit on behalf of farmers and look after their interests.

The cotton variety produced in Côte d’Ivoire is Gossypium Hirsutum.

Starting from the 2017/18 campaign, the Government will implement a new price setting mechanism which is supported by a fonds de lissage (buffer fund), in order to allow a fair distribution of revenues between producers and ginners and a more efficient management of price risks.

Exports of Ivorian cotton fiber are mainly towards Malaysia, Vietnam, Bangladesh, Indonesia and India (89.51% of export markets according to the latest figures by the Cotton and Cashew Board). Europe and the West African sub-region receive respectively 6.77% and 3.70% of our cotton exports. Less than 1% of the national production is used for the domestic spinning and weaving industry.

Three modern spinning/weaving units are also located in the cities of Dimbroko, Agboville and Bouaké. Together, they hold a total processing capacity of 20,000 tons of fiber cotton. The downstream market is represented by companies specialized in the manufacturing of printed textiles.

Finally, there are two modern crushing units which are located in Bouaké and Korhogo; they respectively hold a crushing capacity of 200,000 and 100,000 tons of cottonseed. These units produce cooking oil and cottonseed meal (cotton husks) for animal feed.